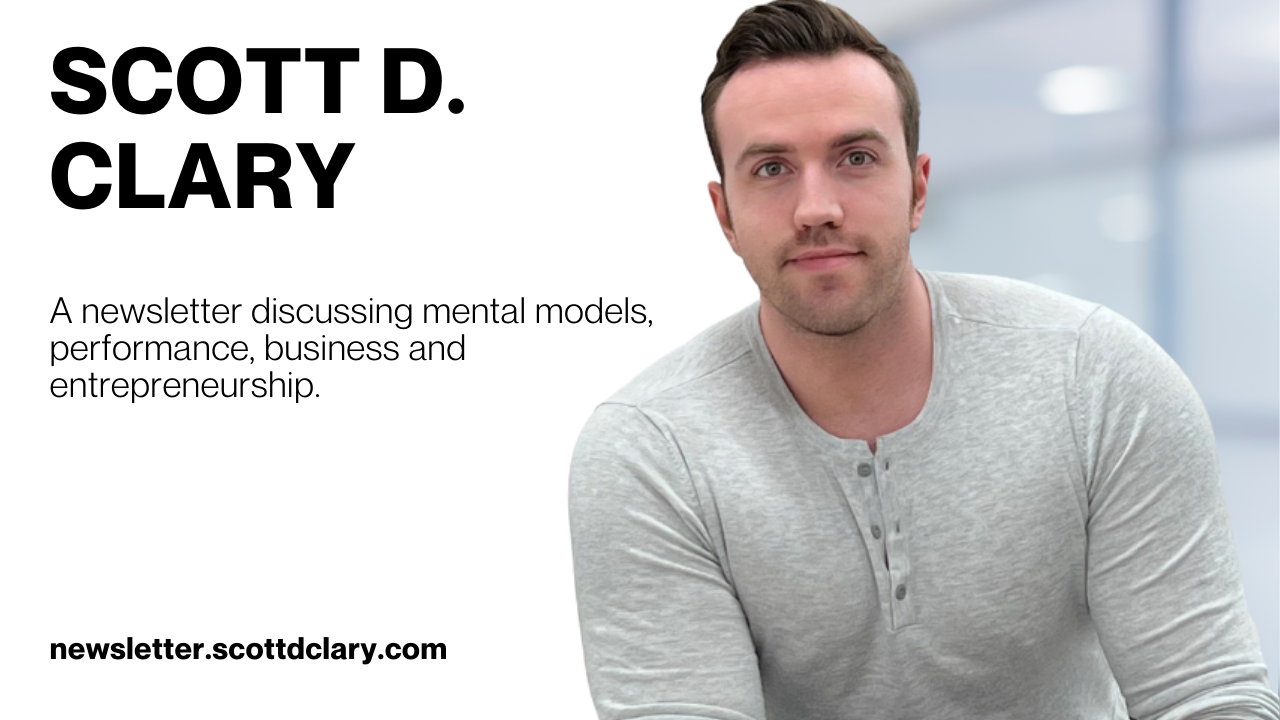 If you enjoyed the newsletter, please share it with a friend who’d find it useful.

Or… invite friends to the newsletter through our referral program for Amazon gift cards.

Get a Referral Link

If you’re trying to close deals, SOC 2 is probably a thorn in your side. What is it, and who cares?

Your business needs SOC 2. But building compliance from scratch is complicated, time-consuming, and the cost can be crippling. Laika has you covered. Uncomplicate SOC 2 with our guide for growth-minded founders.

Have you ever had an idea for something truly polarizing? An idea that comes into your mind when you least expect it, only to be shut down immediately by your rational self?

All too often, we shut down great ideas because of the risk they involve. Perhaps they’d ruffle one too many feathers in your industry. Maybe it’s something that has never been done before, and so you’ve got no idea how it would play out.

But what if you didn’t let the fear of risk paralyze you? What if you decided to go for it, and see where that takes your career or business?

I recently spoke with Matt Stang, a guy who went against the grain and made enormous headway in his industry. With progressive views on drug legalization and psychedelic therapy, Matt risked ruffling more than a few feathers through his career – but as a result, he was instrumental in changing the conversation around therapeutic drug use.

If there’s something you’re passionate about, it might be time to block out the noise and carve a new path. This is what I want to explore in today’s newsletter: how to take risks in your industry, and what you (and others) stand to gain.

When he was in college, Matt wrote his thesis on “marijuana legalization in a time of terror”. He was interested in exploring the social and economic problems with the war on drugs and looked at the issue from a unique angle.

For the majority of people, however, pro-legalization was a foreign opinion to have. Knowing he wasn’t in line with the status quo, Matt wrote the paper anyway.

“I wrote a 70-page thesis on how we could convince the other side of the aisle – at that point, the broad majority of the left-wing and the vast majority of the right-wing – by giving people an economic incentive to change a messed up set of rules.”

After catching the attention of a key figure at High Times, Matt went on to pursue an internship in the cannabis industry before eventually owning and operating High Times. He now runs a business with his wife called Delic Corp – a company that focuses on normalizing psychedelic treatments and making them accessible to all.

“I’ve always been a true believer in changing the illegal nature of certain substances. I think that there’s a major disconnect between a country that promotes liberty and freedom and then jails people for going after their best life.”

Stepping Outside the Box

Regardless of your stance on drug use and legalization, you’ve got to admire Matt’s tenacity and willingness to follow his passions. The war on drugs is by no means over – in fact, the vast majority of people would still raise an eyebrow at psychedelic use – so for Matt to pursue this line of work takes true brunt and authenticity.

But not all risks are worth taking, and some are downright dangerous – so what separates a calculated risk from a reckless one?

In Matt’s case, he didn’t go into his industry blind. He was well aware of the emerging studies behind psychedelic treatments, therapies, and the potential they had to help people, and he continues to keep his thumb on the pulse of this industry.

“We’re seeing a lot of action and heat around different compounds. Psilocybin is in phase three clinical trials with the FDA. MDMA is in phase three clinical trials. We have the largest chain of ketamine clinics in America – the only FDA cleared psychedelic substance that allows people to turn off their default mode network and change their mind.”

Along with possessing all the facts, Matt has the passion to go along with it. I took a look at Matt’s company website (you can find it here), and I was truly impressed by the purpose-filled messaging I saw.

“We believe in long-term solutions that get to the root cause – not symptom-focused treatments and temporary cover-ups.”

Matt’s winning combination of purpose, passion, and possession of the facts really set him up for success in his endeavors. He helped to spread the ‘marijuana is safer than alcohol’ messaging in Colorado, after which it was legalized in the state. “It’s not causing crime to rise, and it’s actually just getting a bunch of more tax dollars. And now people don’t have to step into illegal areas to do that – so they’re not exposed to negative illegal things.”

Now with Delic Corp, Matt is hoping to reach a lot more people with the treatment they need to live healthier, fuller lives.

“Not everyone can be saved. But it’s about helping those 60-70% of people get better, and not have to be stuck with a constant bill from a pharmaceutical company that doesn’t really fix them.”

Polarizing ideas often turn out to be the most influential ones after their time. Think about Gregor Mendel and his work with genetics, or Galileo and his theories on heliocentrism – they were both considered highly radical in their time, or worse, they were outright ignored.

And what about those who fought for women’s rights in the 1900s? Those laws are integral to society now, but people were once ridiculed and spat on for suggesting equality was the way forward.

In your industry, are you taking risks that could lead to great change? What’s stopping you from going after those big ideas?

There’s no right or wrong answer when it comes to risk – it all depends on your personal goals and the situation at hand. But if there’s something you’re passionate about, it might be time to take the plunge.

Are You Taking the Right Risk?

Again, I’m not saying that every risk is equally viable. Impulsiveness isn’t a good substitute for due diligence, and recklessness can often lead to disastrous consequences.

So how do you know if the risk you’re taking is a good one? Here are three questions to ask yourself:

Those are the types of thoughts you should be pondering before taking the lunge. But here’s the one question you should never ask yourself: “What is everyone else in my industry doing?”

Stay In Your Lane

If you’re running a race, you’ll never win by looking into someone else’s lane. The same goes for your industry – you shouldn’t allow yourself to be intimidated by what’s ‘normal’ or ‘standard’ in your field.

If no one dared to step outside the box and try something totally new, we’d still be living in the dark ages. Though we tend to look down upon the risk-taker, our society relies on daring people to push boundaries and explore new horizons. Risk is the price of progress – isn’t that the saying?

So, how can you be more daring in your industry? Here are a few thoughts:

1. Be curious and ask lots of questions. Rather than trying your hardest to assimilate, think, “How could this process be done more efficiently?” “What might happen if we took a different approach?” “If it was up to me, what would I change?”

2. Be willing to experiment. Trying something new doesn’t always have to involve a huge leap – sometimes, it can be as simple as testing out a new process or strategy in a small way. Spice up your portfolio by making it into an interactive website, or try a new social media platform to market your product.

3. Be yourself. This is probably the most important piece of advice I can give you. Don’t be afraid to show your colleagues or clients who you really are – they might appreciate the fresh perspective, and it could lead to better, more authentic work relationships.

Most of all, make every effort to keep an open mind. I believe our best ideas go to waste when we live our lives totally by the book. In all things, acknowledge the nuances; the gray areas that often make life more interesting.

And who knows? You might end up changing drug laws or disrupting the pharmaceutical industry – or at the very least, you’ll have the courage to pursue your passions.

For those interested in hearing more about the crossover between psychedelics and therapeutic treatments, head over to my Success Story Podcast and watch the full interview with Matt here. It was incredible to learn how much headway the scientific community has made in the past few years when it comes to psychedelics and mental health.

To all those with big ideas brewing in their subconscious, I hope this article has given you the courage to take the plunge. If there’s one thing history has taught us, it’s that progress is only made when people are willing to step outside their comfort zone and try something new.

If you enjoyed the content in this newsletter, you’ll love my podcast where I draw out insights from incredible individuals and tell the stories of some of the worlds most prolific thinkers and doers.

If you enjoyed the newsletter, please share it with a friend who’d find it useful.

Thank you for reading,